When we examine any industry, including yours and mine, we see something extremely valuable. And today, I’d like to share it with you. 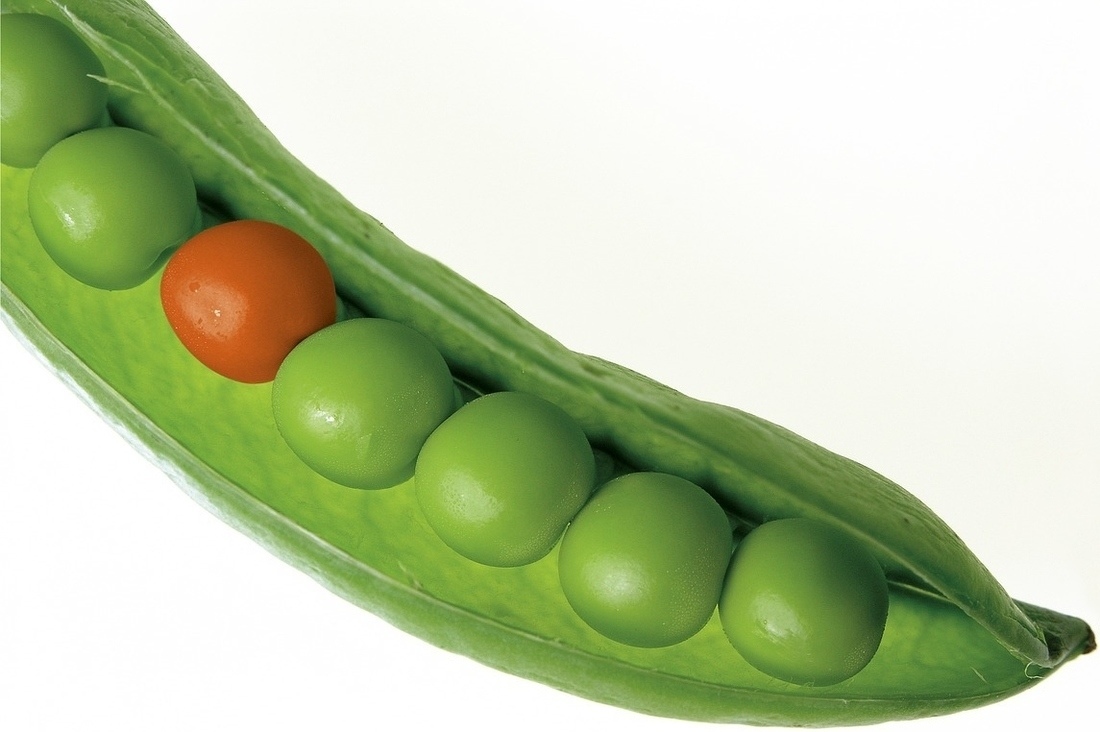 I could go on.

That pattern matters. It matters because it’s also only a small percentage of business owners who succeed in any meaningful way.

And that’s no coincidence my friend. 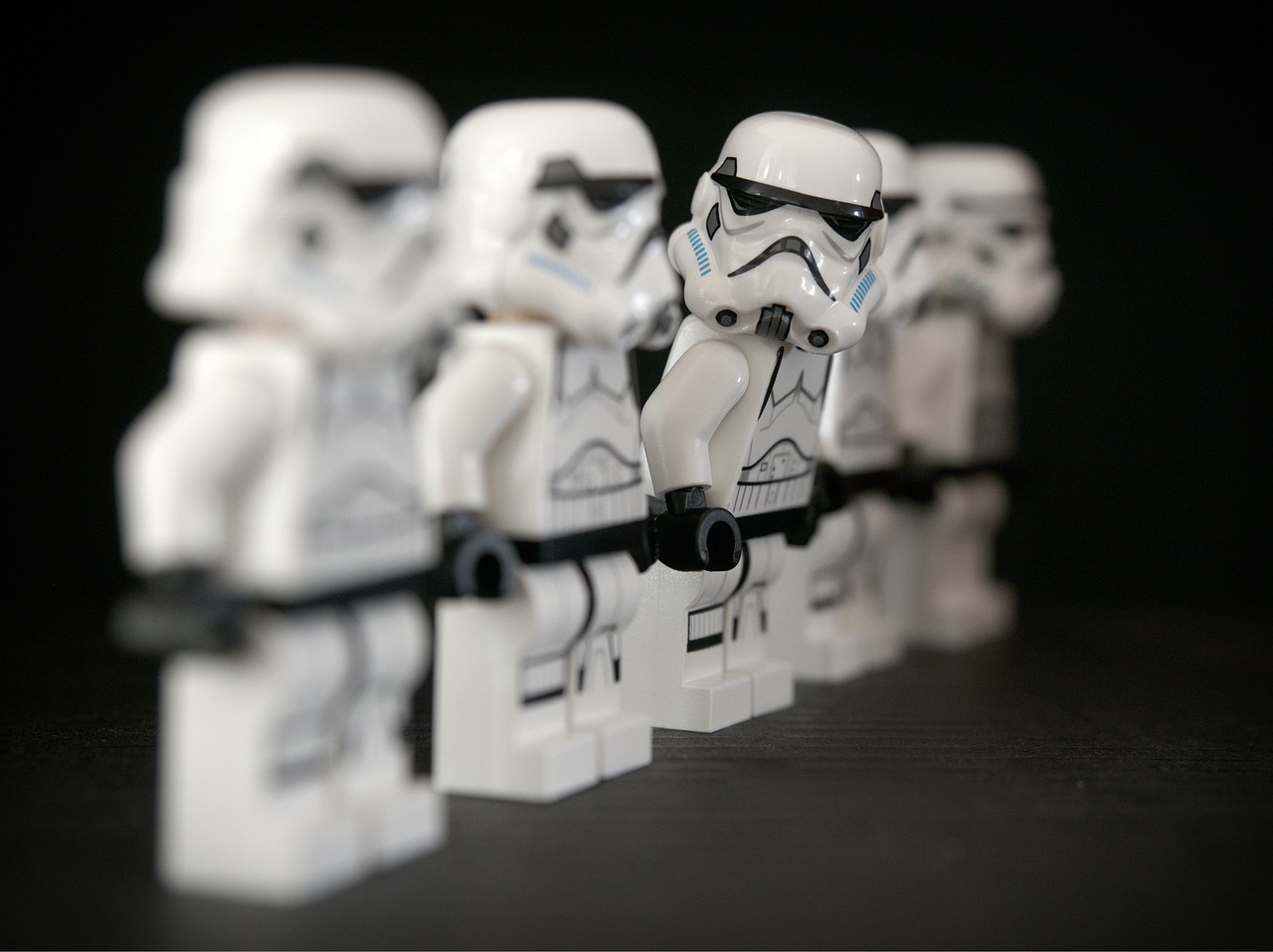 Lawrence from New Jersey emailed me with a great question. He wanted to know why I don’t provide any step-by-step marketing guides.

Here’s my answer. It contains an exceptionally valuable marketing tip, which I hope you find useful.

Conversely, a cookie cutter approach to marketing is of very little value.

Because by using the same marketing approach as your competitors, your marketing becomes identical to theirs. You become camouflaged. This makes it very, very hard for prospective clients to find you. And when they do find you, you’ll seem way too similar to your competitors, so there’s no reason to contact you. Oh, and if they do contact you, they’ll be price sensitive.

Successful marketing is about standing out. It’s about being noticed by the right people and giving them a compelling reason to hire you or buy from you. And for that you need an individual approach.

The marketing guides available via blogs, websites, seminars, webinars, and books, etc., are designed to be used by a wide range of business owners. This means you end up with the same generic marketing ideas as everyone else.

That’s the recipe for how to be ignored! It’s also the total opposite of what you need. And it explains why I don’t provide step-by-step guides.

Instead, I strive to encourage you to stand out. To get specific. To take your marketing seriously. Because that’s the only way to get the attention you need, the sales you need and the results you need. 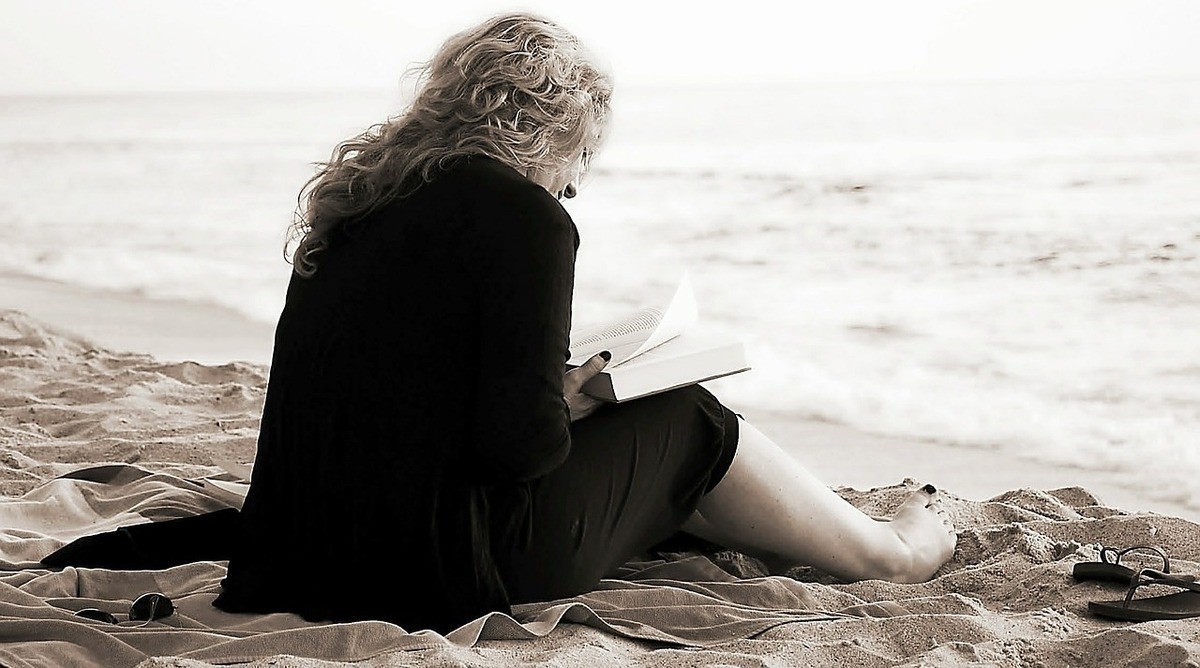 Today, I have a quick, yet really effective marketing idea to share with you. It’s simply this:

Success comes to the business owners, consultants, freelancers and trainers, who embrace the edges.

Allow me to explain what this means for you and your business.

Why it pays to embrace the edges

Clients will eagerly hire you if your service is measurably better than the competition. The best providers are few in number. They are always in demand. This means they earn the best fees.

Other clients will buy from you if you’re cheaper than the competition. If you know how to scale your business correctly for the low price model, you can make a fortune. And many business owners have.

Some clients will eagerly hire you if your service is measurably faster than the competition. The fastest providers in some industries are always in demand. The 2 hour dry cleaner. The express delivery service. Providers like these are always busy and can charge more, because they solve a problem fast.

Did you notice what those 3 all have in common?

They avoid the middle ground

Most business owners choose to cling to the middle ground. They’re neither better or lower priced or faster. And as a direct result, they make it impossible to grow their business in any meaningful way.

Think about it: There’s nothing to motivate a prospective client to hire a middle ground provider. Nothing. They’re just average. Average and immediately forgettable. Average and unremarkable. And it’s spectacularly hard, if not impossible, to succeed in an average, forgettable, unremarkable business.

One of the first things I do when I work with a new client, is to show them how to get their business from the middle ground to the edge. Once we have done this, we have a massively more motivating proposition for their marketplace. It becomes far easier for us to market their services. Plus, because they’ve chosen an edge, my clients also attract a regular flow of referrals and recommendations.

So, they no longer struggle to attract clients or customers. Instead, they become a magnet to those who value the edge they have chosen to embrace. I recommend you do the same with your business, my friend.

Every one of us needs to intentionally decide where we position our business. I strongly recommend you embrace the edges… and avoid the overcrowded, unremarkable middle.

Tip: This will help you get it right. 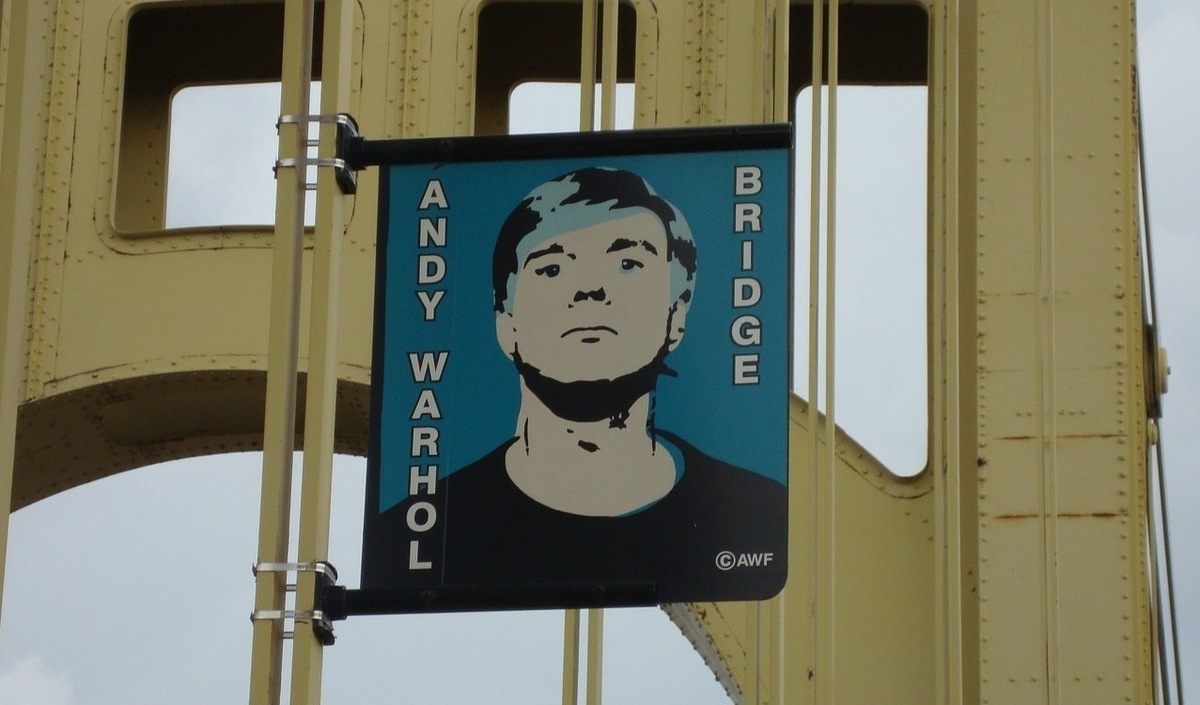 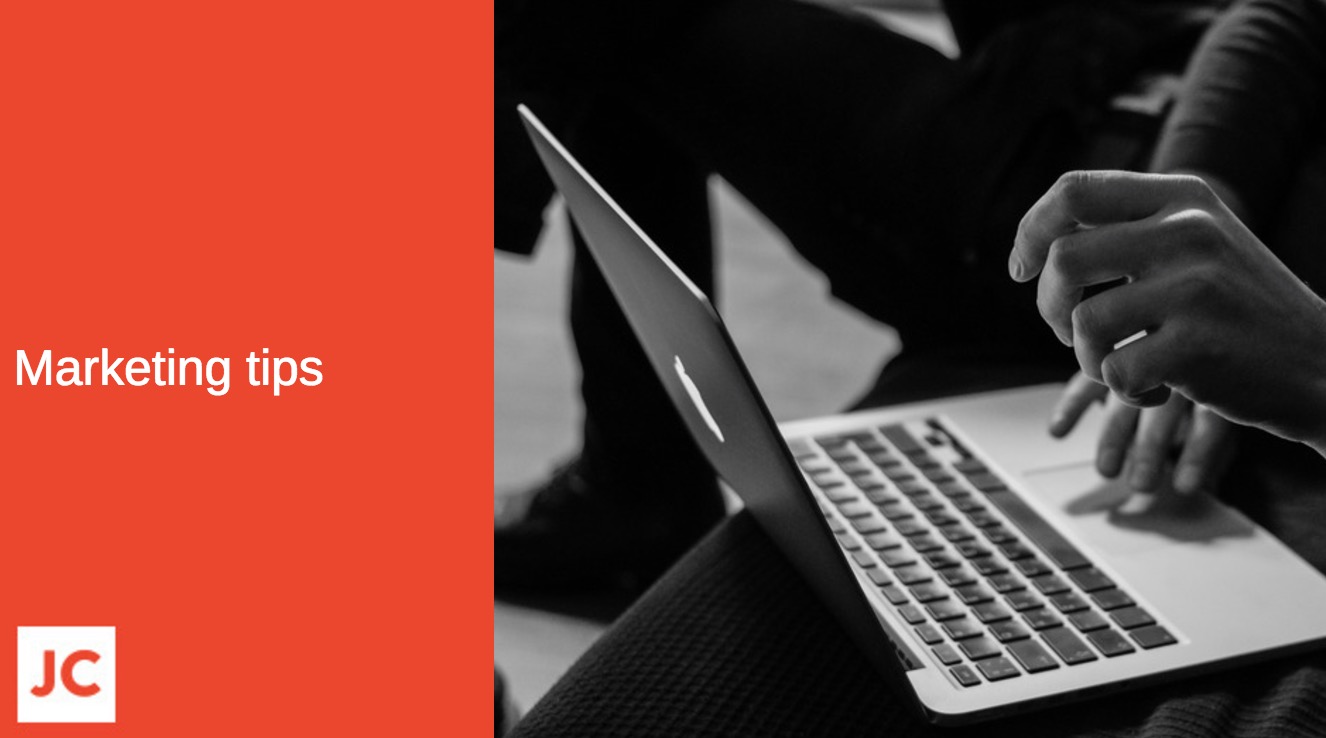 Today, let’s look at one of the key factors in building a remarkable, profitable business.

Malcolm Gladwell was once asked how to write a best selling book. His answer was as follows:

“The moment you write a book hoping it will be a best seller, your chances of it becoming a best seller go downhill. […] You write the book you would want to read.”

Gladwell went on to explain that Steve Jobs never brought a product to market, because he thought the marketplace wanted it. Jobs developed products that he wanted to own.

Think about that for a moment:

Think about it: The only way we can hope to build a meaningfully different business is to tap into our uniqueness. To give the marketplace what we would value, if we were the customer or client. If we simply look at what our competitors do, then find a way to do it a little faster or a little cheaper, we become unremarkable.

When Roger Banister broke the 4 minute mile barrier, he was remarkable. The next guy, who ran a little faster than Bannister, wasn’t.

Business becomes a lot more rewarding, when you offer a meaningfully different product, which you believe in and your marketplace values.

Tip – This will help you get it right. 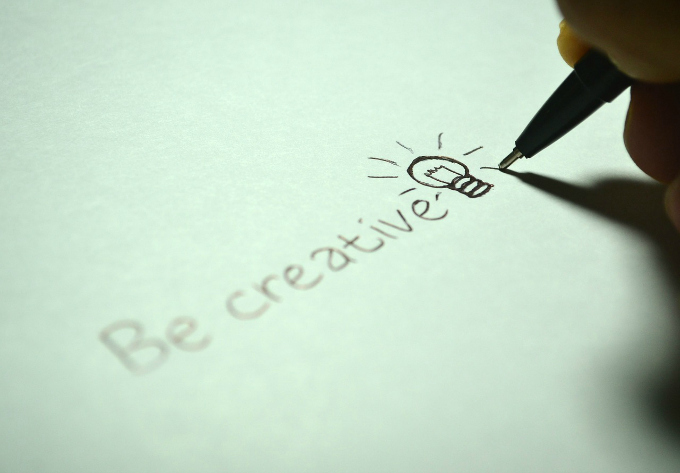 I used to work with a guy who had a thinking cap. He said that when he needed to be creative, if he put his thinking cap on, it would help him generate the ideas he needed.

Did it work? Yes. Absolutely!

But here’s the thing: If you wore his thinking cap, you may not find it so effective. That’s unless you too believed all the things he did about that old cap. Otherwise you’d quickly figure out that it was, in fact, just a normal cap and that he generated all those ideas himself.

Similarly, if you used the same tools as me for generating ideas (coffee, long walks and music), you’d be unlikely to get the same creative flow that I get from them.

It’s not platitudes: You truly are unique

You think like no one else who has ever existed. Your unique mind and all those experiences you have lived through, have created an astonishing, unique, creativity machine.

If you want to tap into that creativity, do what feels most natural to you. It may involve a thinking cap. However, it’s just as likely to involve meditating or using a mind map or getting on an exercise bike or dancing to James Brown!

Sadly, many people wrongly believe that they are not creative, because they followed a creativity strategy from a book or a course, which didn’t work for them.

Ironically, the very fact that generic “how to get creative” bullshit doesn’t work for you, only confirms how original your own mind truly is!

Here’s a suggestion: Try 1 new way to inspire your creativity each day. Rule nothing in or out (and that includes having fun!) Then, put the ideas that worked together, to build YOUR very own creative toolbox.

Tip: I recommend you read this, What Is Inspiration?