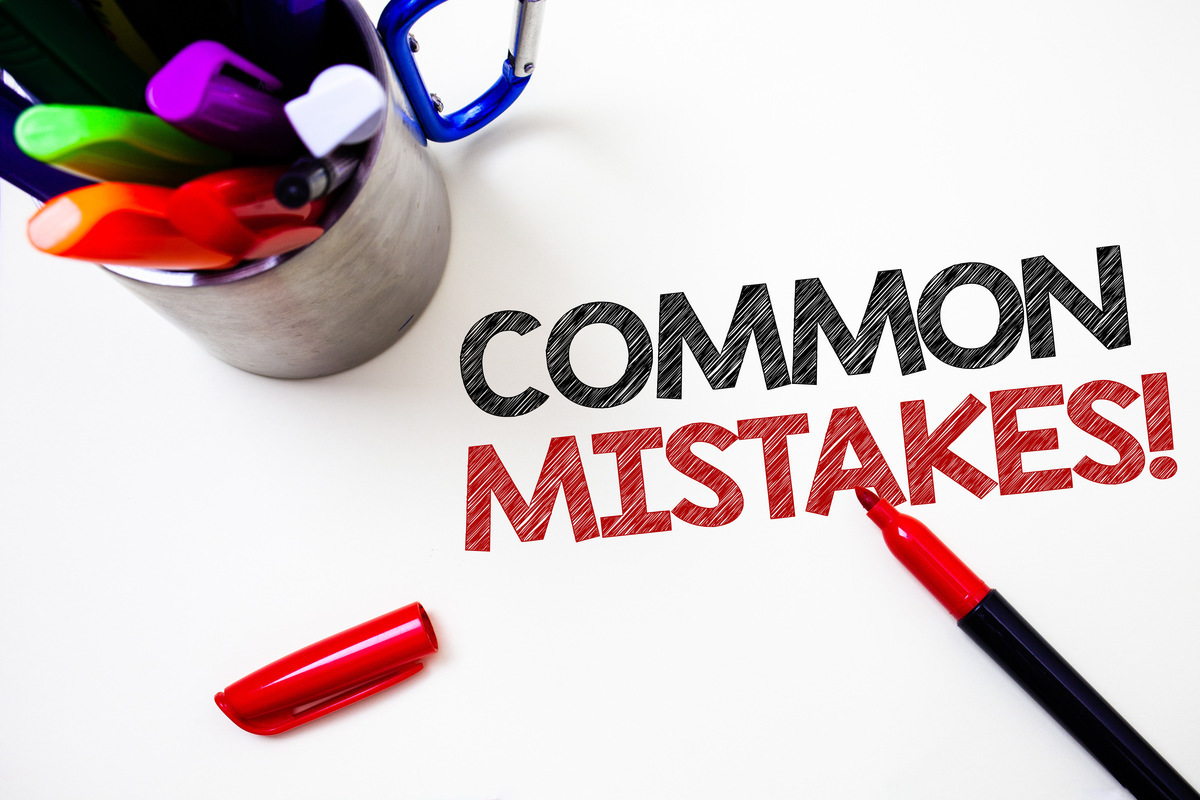 In life there are certain people who you absolutely need to avoid. The same is true in business.

Some are easy to spot

Others are trickier to spot

Protect your business from bad advice

The personal recommendation of a trusted friend is usually the least risky way to find an expert provider. Just make sure the friend has recent, first-hand experience of the quality of the provider’s work.

Another option is to find someone, whose work you’re already familiar with. For example, if you subscribe to a provider’s Podcast, YouTube channel, blog or newsletter and they regularly share useful information, they’re giving you some powerful clues.

With an attractive looking website and some testimonials, anyone can claim to be an expert at anything. And that’s why we, as business owners, need to look deeper. Because the cost of hiring a bad business provider is far, far higher than their fee. 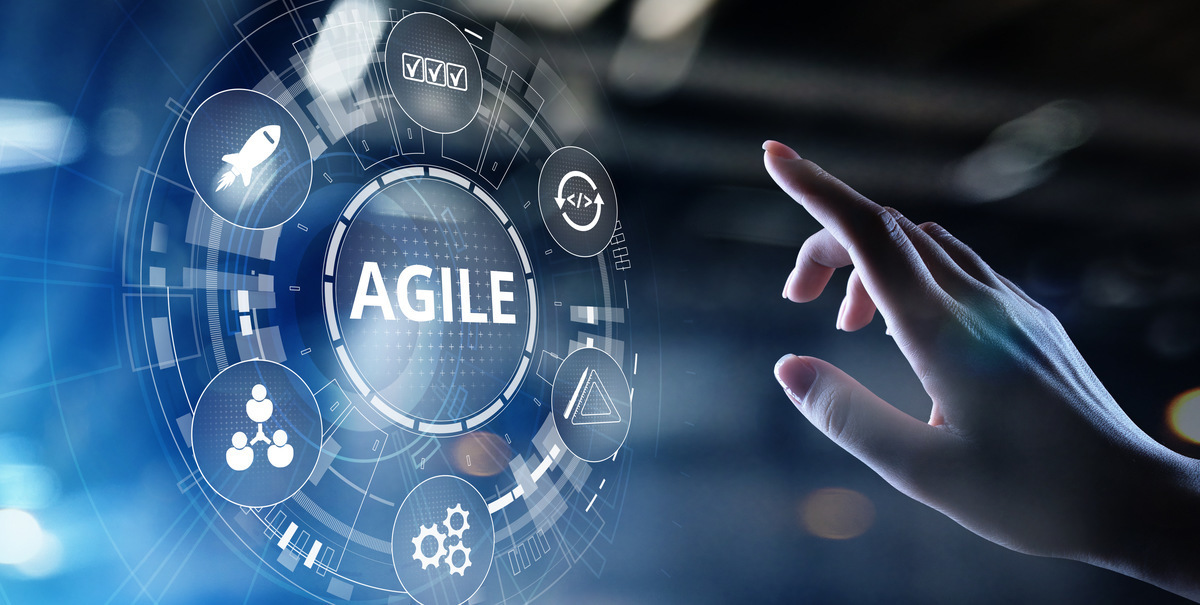 In today’s post, I’m going to share a strategy with you that’s used by the world’s most successful businesses. I’ll also show how I use it and explain why you should too.

I’m referring to operating your business with a focused and agile mindset. Those words almost sound like opposites. But they’re not. And in business they work together beautifully. Here’s how focus and agility work together.

In short, you remain both focused and agile.

Here are a couple of well-known examples, along with how I use the same strategy.

You couldn’t buy a cup of coffee from Starbucks

It’s hard to believe today. But it’s true. Starbucks had been in business for a few years (and had already opened its first 5 outlets), before they sold a cup of coffee to anyone. Prior to this, Starbucks sold coffee beans. Agile thinking allowed them to identify a new opportunity, when they noticed how customers enjoyed sampling their coffee beans in-store.

Starbucks’ focus remained the same: to build a successful coffee business. However, their approach changed.

Instagram started life in 2010 as a check-in app called Burbn. The developers decided their app was too similar to Foursquare, so they pivoted. All their efforts were switched to the photo-sharing component of the Burbn app. Instagram was born.

Their agile thinking allowed them to identify an opportunity for a filter based photo-sharing app. They ran with it. And just 2 years later, the app was acquired by Facebook for approximately $1 billion in a combination of cash and shares.

The founder’s focus remained the same: to build a successful app. However, their approach changed.

I could have used examples from Suzuki, which used to manufacture weaving looms. Or Nintendo, which has previously sold instant rice, vacuum cleaners and even offered a taxi service. And I could have mentioned how Twitter was born from the ashes of a podcast sharing app called Odeo.

But that almost misses the point.

The point is that it’s not only billion dollar companies that use a focused and agile approach. There are businesses of all sizes, achieving breakthrough results from the exact same strategy.

How I use focus and agility

I started out as a marketing consultant, who visited clients at their premises or at my offices in London. When I relocated to a tiny village in the countryside, I quickly decided I didn’t want to waste hours every day travelling. So, I switched to working remotely. Initially I used phones, then switched to VoIP and now full video conferencing.

Not only did this mean zero time wasted on travel, it also cut my overhead by around 98%! Plus, it opened up the whole world to my services. For the past 18 years I’ve worked globally, in over 30 countries, (as well as every state in the United States).

My focus remained the same: to build a successful marketing business. However, my approach changed.

Whatever line of work you are in, there are massive gains to be made by embracing a focused, agile approach to the development of your business.

It’s also worth remembering that the world is changing at an ever increasing pace. An agile and focused approach may be an essential component in 2020 and beyond. Not just to thrive, but to survive. 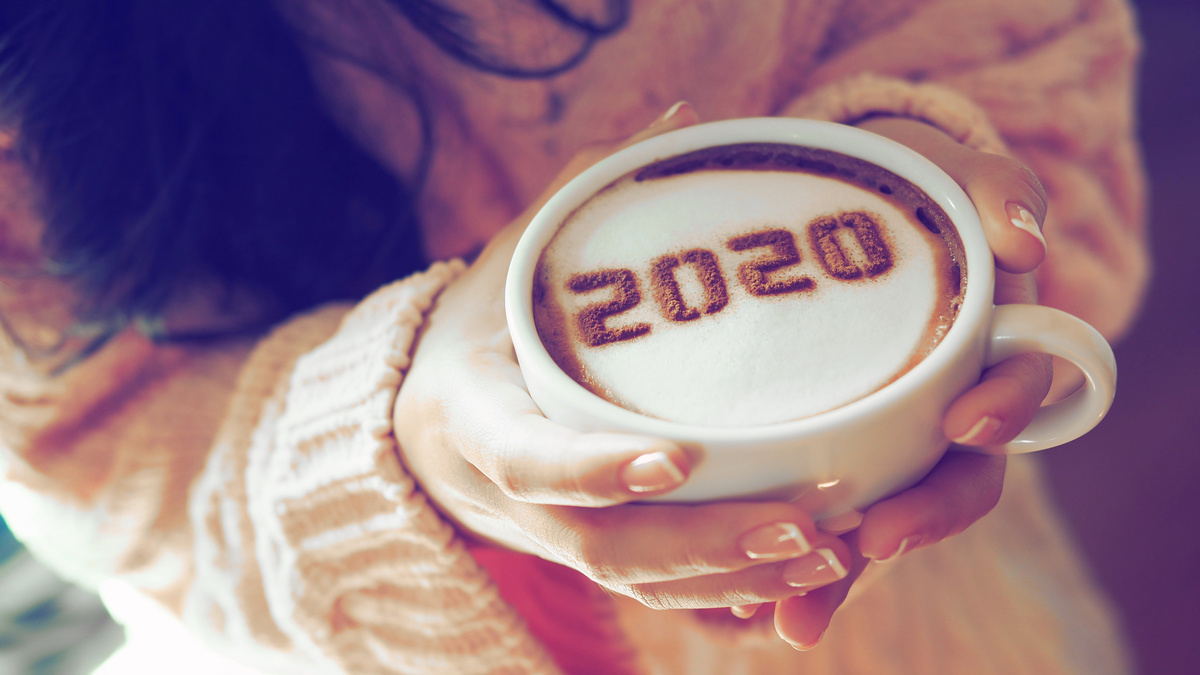 I never succeeded with New Year’s resolutions. Then I figured out why they don’t work. Since then I’ve achieved every major goal I’ve set. Today I’m sharing the simple idea behind my success with you.

So, here’s how I did it. And in doing so, generated hundreds and hundreds of thousands of dollars in fees, quit cigarettes, quit alcohol, got to my ideal weight (and stayed there), put Type 2 diabetes into full remission… and achieved lots more too.

First, here’s why New Year’s resolutions are so notoriously ineffective. We see the same pattern every year.

And by March, almost all of these will revert back to their old ways. That’s because setting a target or goal, simply because it’s January, brings very little motivation. Once January passes the motivation it brings also passes. Gyms are emptier, the sale of healthy food plummets and business owners slide back into their comfort zones.

The best New Year’s resolution you can set for yourself, is to do something you know is good for you or your business. Something BIG and exciting. Then, resolve to stick with it… for 24-hours. And tomorrow, resolve to do the same.

Using this method, I quit smoking (28 years ago) and quit drinking alcohol (33 years ago). I haven’t had 1 cigarette or consumed any alcohol since. No tricks, no pills, no patches. I just stopped.

Anyone can do it for just 24-hours. The thing is, those 24-hours stack up. They become weeks, months, years and decades.

I’ve also reversed Type 2 diabetes and am in full remission, so zero medication and perfectly normal blood sugar (HBA1C 5.4% or 36 mmol/mol). And I reached my ideal weight years ago (and stayed there). By doing what is required, just for 24-hours and seeing where it takes me tomorrow.

In 2008 I decided to start Jim’s Marketing Blog. The goal was to write something every day. And if it was likely to be useful to business owners, I’d publish it. There are now thousands of useful posts published on the blog, and tens of thousands of notes, unpublished. The blog has readers worldwide, many of whom become clients; generating hundreds and hundreds of thousands of dollars in fee income and countless opportunities.

And it all stems from setting a BIG and exciting goal and doing what’s required, just for the next 24-hours.

Maybe it’s time to make things easier for you and your business? Set some big and motivating goals. Grab the most important one and be resolute to do what’s required for its attainment, just for 24-hours. Then see where it takes you the next day. Repeat with each important goal. 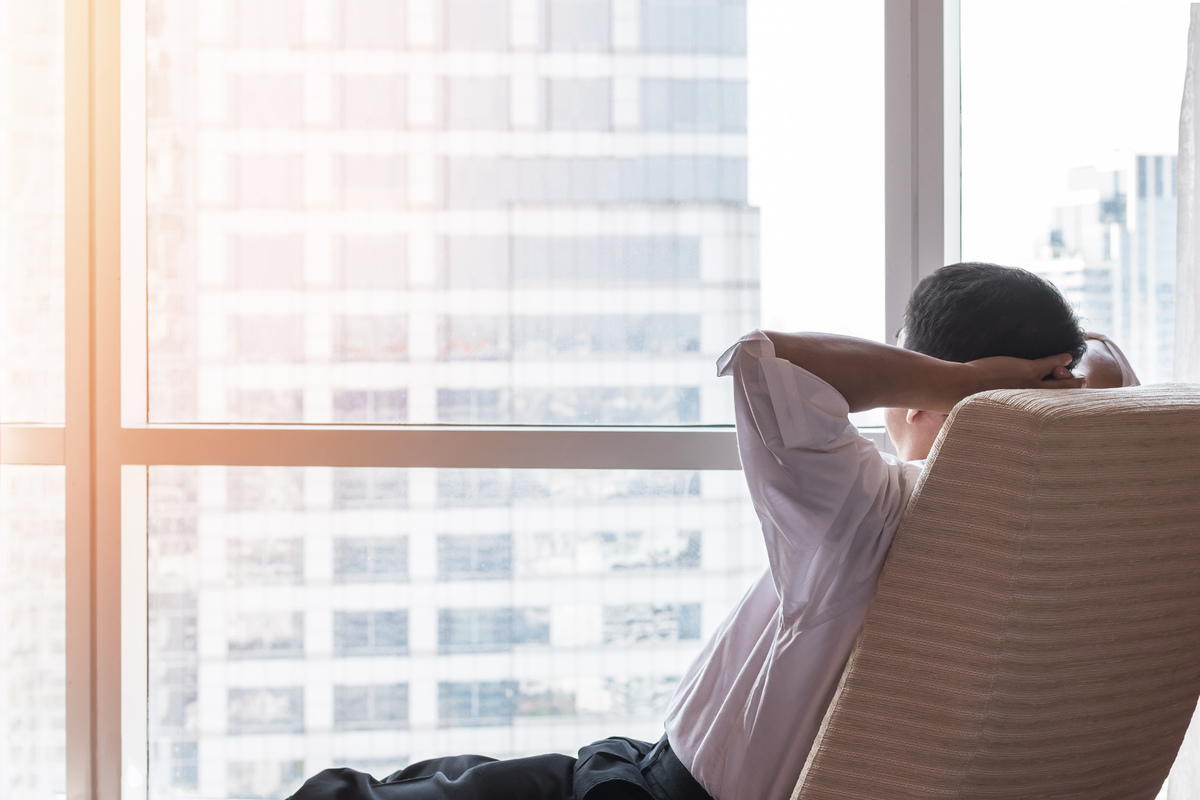 It’s easy to have a rigid customer service policy. Easier than taking personal care of your clients and dedicating yourself to service excellence.

It’s easy to settle for less from your business. Easier than doing what’s actually required to build a thriving business.

It’s easy to do what’s expected of you. Easier than exceeding expectations and giving people a positive and memorable experience to share with their friends.

It’s easy to automate your social media accounts. Easier than using them to build connections and interact with people.

It’s easy to lower your fees. Easier than professionally marketing your business, so you attract the right clients.

But I’m pretty sure ‘taking it easy’ and being instantly forgettable was never the goal of your business. Worth remembering, the next time you suspect you are doing what’s easy, rather than doing what’s required. 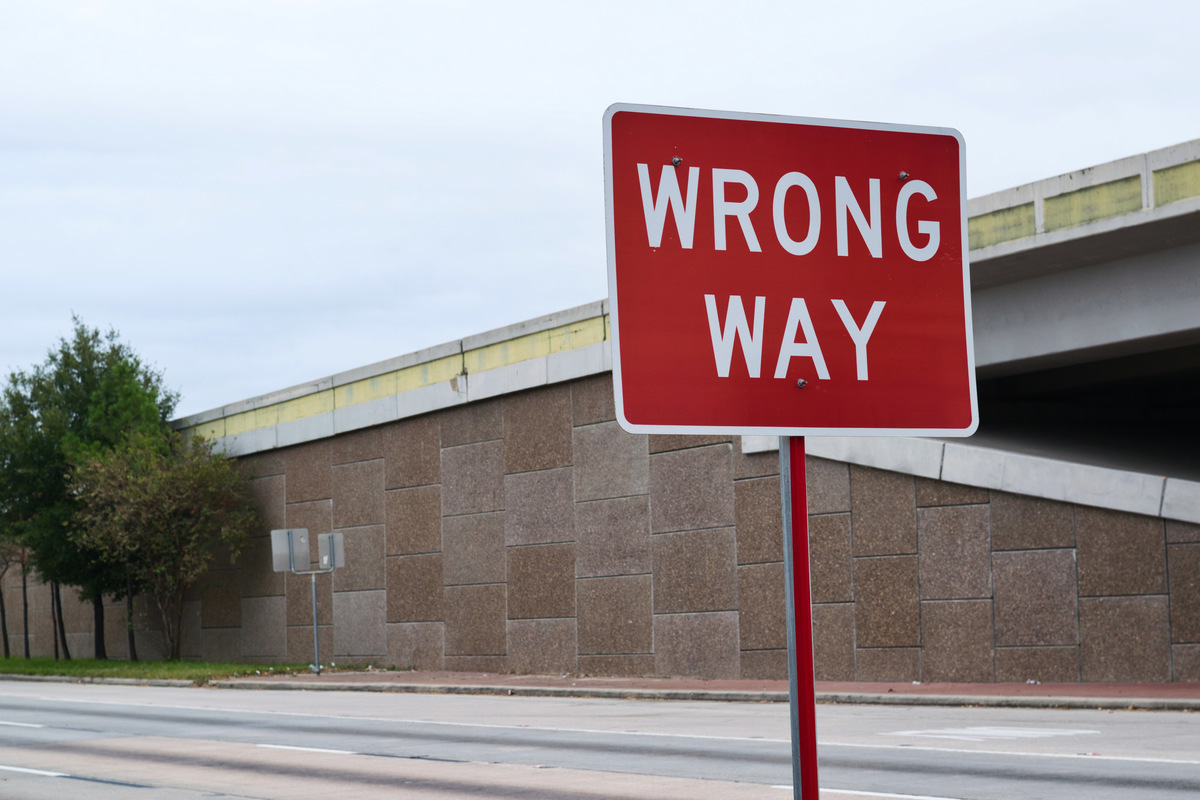 That’s because the customer is often wrong.

Allow me to explain!

That saying still persists, because fearful service providers are scared that if they say the customer is wrong, they might take their custom elsewhere. So, generations of business owners have worked under the erroneous belief that they should simply agree with their clients all the time.

It fails the client and it fails you. Here are a few examples.

No, I’m not suggesting you argue with your clients. That’s a terrible idea and extremely unprofessional.

I am suggesting you need to guide your clients.

As a professional, it’s your job to help clients make the right decisions, so they get the very best results. That means providing the client with your informed, expert guidance. It means steering them away from mistakes. It means responding with advice and ideas, which lead to a successful project and a delighted client.

And you cannot, on any level, afford to give them anything less. 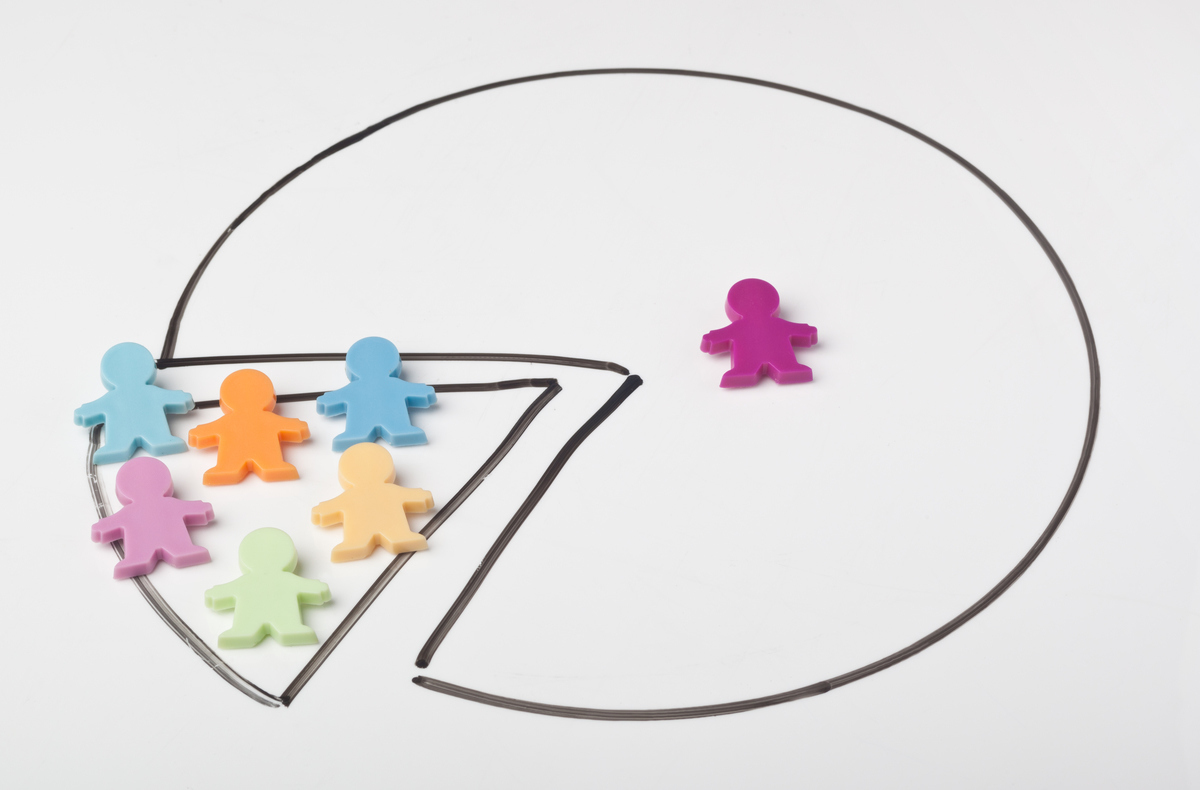 One of the best kept secrets in business, is something I call reduction. It’s a strategy I share with my clients and today, I’m going to share some of it with you.


Less can be more

The most effective business owners use a very different approach. They’ve discovered that the biggest wins come from doing fewer things. Less is more.

If you find yourself stressed, working long hours and making too little progress, don’t add even more to your workload. All it will do is create additional stress.

Instead, focus on reduction. Because with the right strategy, less can be more. So much more.

We use cookies to give you the best experience on our website. If you continue to use this site we will assume that you are happy with it.Ok