When I was starting out in marketing, almost 24 years ago, I remember my boss giving me some advice, which seemed odd at the time.  I asked her what she liked best about being wealthy.  I figured she would know, having built a multi-million pound business from scratch.

Her reply was simply this:
“Jim, the real value of wealth or money, is that it gives you more freedom of choice!”

Of course, these days her answer makes a lot more sense to me.

I often speak with the owners of small businesses, who find themselves working with clients or customers (herein called clients), who they would rather not work with, for various reasons.  For them, it feels like they have no real choice, as they need the income these low quality clients provide.

This is why one of the first things I do, when I start working with a new client, is to offer them the opportunity to redesign their client base.  I want people to be able to work with the kind of clients or on the kind of projects, that energises and excites them.  After all, isn’t that one of the reasons you went into business in the first place?

The dreams and ambitions you had when you first started out are still valid.  You can have the lifestyle and business that you used to dream about.  You can fall back in love with your business.  You can work with clients that inspire you and who reward you fully for all that value you bring.

It’s all about choice and thankfully, the choice is always yours.

Let’s work together and grow your business. To find out more click here!

Why do so many marketers focus on what THEY want in their marketing messages, rather than the needs of their marketplace?

I was looking through my inbox earlier, and found several emails from people, who have been hounding me for business.  Not only have they been emailing me too frequently, but the tone of their emails is all about them, them, them.  Here’s what I keep seeing, from various people marketing AT me, right now:

Guess what?  The marketplace does not care what THEY WANT!

It’s all about the customer

One of the golden rules of effective sales and marketing, is that it needs to be customer focused.  We need to look for ways to help our prospective clients or customers, using our products or services as part of that solution.  As a wise man once told me;

“To a guy with severe toothache, who is in constant pain and has not slept in 2 days, the pain of that toothache is more relevant than the news that scores of people perished in a disaster on the other side of the world.”

The more relevant something feels to us, the more inclined we are to give it our attention.  This is just as true with marketing.  A well targeted marketing message, which focuses on helping the reader improve their situation, is far more powerful, than a self-focused sales pitch.

Let’s work together and grow your business. To find out more click here!

“Start with the end in mind.”

Those 6 words contain a piece of business advice, which is of more commercial value than many entire books on business success.  The information in that simple, short sentence, could have saved many businesses from going broke and transformed many struggling businesses into super-star success stories.

By focusing with clarity on your desired end result, before starting something new, you massively increase your chances of success. However, many businesses will, for example, start a new marketing campaign, introduce a new service or maybe start a new blog / website – with only a vague idea of what they actually want to achieve.

With only a fuzzy picture of what they want to achieve, it’s very hard to know if they are even on target or not.  It’s like setting off on a journey “up north” for the first time, without the address of the destination.  You might know that you need to head north, but that’s not enough information – You need an address if you ever want to find the place.

Social media can be low leverage

I am seeing this more and more with businesses deciding to invest huge amounts of time and effort on social networking / social media, with no clear idea why.  They will start blogging, using LinkedIn, FaceBook or Twitter – simply because they think they should. However, without a clear goal for all that effort, you can waste a LOT of time and effort!  Social media can be a very low leverage activity and can eat into a vast amount of your time, unless you start with the end in mind.

In the past few weeks, several people with massive social networks have called or emailed me, asking what I think they should do “to monetize” their following. One guy, with over 40,000 followers on Twitter has told me that he is investing an amazing 4 hours a day, 6 days a week, building his Twitter network and has almost forgotten why he even started!  Here’s what he told me;

To be honest Jim, I started off without a clear idea of what I wanted to achieve, so I just decided to get as many followers as possible.  Now, I have all these followers, but 99% of them are not even in the market for my services; which is pretty niche.

I started off using Twitter, in order to offer another channel of communication for the community of people who read my blog and my newsletter. Because of the number of readers I have, I soon gained a massive following.

Initially, I followed them all back and then quickly realised that I was following over 20,000 people, which was too time consuming. Because I had a clear picture of what I wanted to achieve from Twitter, I was able to literally reset my Twitter account (and delete the 23,500 “follows” I had too,) knowing with 100% certainty that I had made the right decision.

Before you start off with a new project, make sure you have a crystal clear idea of what you want to achieve from it.

You can only remain on target, if you know what your target is.

Here’s a quick tip, which can help you MASSIVELY increase the effectiveness of your marketing!

It’s all about focus

Whenever you write any form of marketing material, it’s extremely important that your message is focussed 100% on your core prospective client base. 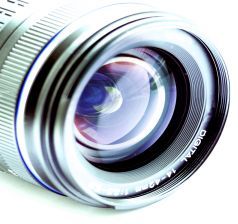 Many small businesses use a scatter-gun approach to their marketing messages and as a result, they write copy, which is vaguely relevant to everyone who reads it but directly relevant to no one!

By diluting your marketing message, you always reduce it’s effectiveness.

For example, let’s imagine that Bob provides a ‘Virtual Assistant’ service.  He is particularly keen to work with  web designers, software developers and SEO experts.  Bob will get a far, far better response from his marketing if he writes a tailored marketing letter/email for each individual group – rather than a vague, generic one, which is aimed at trying to be relevant to all three industry types.

There are 10 GREAT marketing tips for you here!

If you want to improve your marketing, boost sales and increase the profitability of your business; you need to understand and use the power of questions!

Here’s an example of what I mean:

Bob is struggling to win new clients for his business.  The mailshots he has always relied on to generate his sales leads, have slowly become less and less effective.  With very few leads, Bob is now making very few sales. So, Bob asks himself this question;

“What can I do, to make my mailshots more effective, so they generate more leads?”

The kind of answers Bob can expect might include:
“I could make a more attractive offer in the letter.”
“I could get my letters written my a professional marketing copy writer.”
“I could use a better mailing list.”

These are not bad answers – but they are answers to the WRONG question!

Bob’s problem is not the success of his mailshots! His problem is the number of sales he is making!

“How can I achieve a massive increase in sales and profits?”

This kind of question would lead to far more valuable answers, like;
“I could stop mailing 500 companies a month using the post and mail 100,000 companies a month instead using email.  The savings will be massive – making the cost of each sale dramatically lower and my profits far higher!”

“I could advertise my widgets in ‘The Widget Gazette’ and get my sales message in front of 200,000 widget buyers next week!”

“I could get my widget website fully Search Engine Optimised and use an SEO company that will work on a commission basis!”

“I could do an endorsed mailing with another company; where they recommend my widgets to their clients – the results can be stunning and the cost-per-sale is very low, increasing my profits!”

The marketing power of questions

There are an almost limitless number of GREAT answers to the second, more effective question!  Each answer has the potential to solve Bob’s sales dilemma and with so many great options, it’s far more likely that he will turn his sales figures around!

If you want to make more sales or increase your profits – make sure you are asking yourself the right questions.