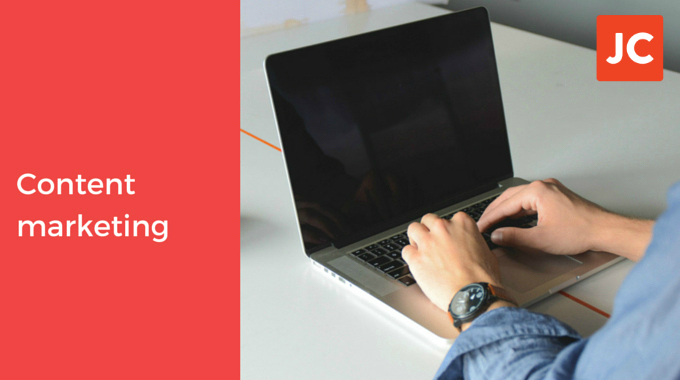 If you’re one of many business owners experiencing a drop in search traffic from Google, here are 3 important changes you need to know about.

I’m also going to explain why I believe Google search traffic could be of less importance to your business soon.

The first change: Google changing the rules dramatically and often

For years, business owners have relied heavily on Google to generate online sales or inquiries. They danced the Google dance. They did what Google wanted. They invested heavily in SEO, either financially or by pouring their valuable time into making their site the way Google wanted it.

And it worked. Consistently.

Google decided to change the rules dramatically and regularly. Suddenly, what worked, no longer worked. What was once within Google’s guidelines, was suddenly outside their guidelines. It’s causing a lot of small business owners a lot of pain, as they fall lower and lower down the rankings.

The best SEO experts are starting to figure out how to work with the new search engine landscape. If you can’t afford the best, it may be some time before the rest of the SEO industry catch up. However, this is not the only reason you may be seeing worse results from Google. It’s not even the most important reason.

Two far bigger changes are happening, which are lowering the value of organic (natural unpaid) search results – even if you manage to rank on the first page.

The second change: Google has made your organic search results less visible

At the same time as Google changed the way it ranks sites, it made those sites that do rank, harder for prospective customers to find.

For instance: On my MacBook Pro, I needed to scroll down the screen, past ELEVEN paid ads, to see the first organic search result! (See below) 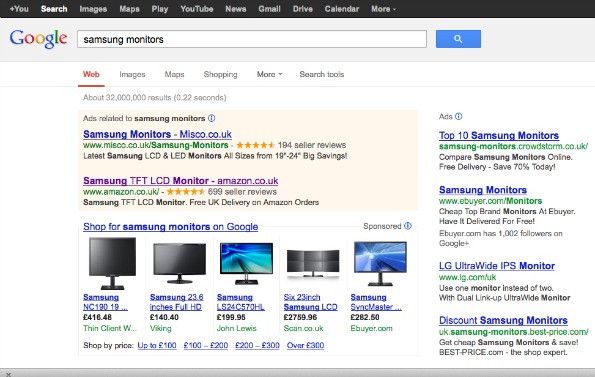 So, even if your SEO gets you the number 1 organic slot on the first page of Google’s Search Engine Results, it may provide fewer sales or inquiries than before, because that number 1 organic search position is buried under so many paid ads.

The third change: Google sends less traffic to sites than before

The third change, is that Google search may be becoming less relevant with fewer people using it. Google search traffic could be 30% down on last year, according to a huge study!

This report from buzzfeed looked at Google search traffic to leading sites, including: The Huffington Post, The Daily Mail, Newsweek, Time, Sports Illustrated and Rolling Stone. In total, the sites it tracked have a readership of 300 million. That’s a lot of data. They found that between August 2012 and March 2013, search traffic from Google nosedived an incredible 30%. That’s a huge drop in such a short time.

However, it was expected. Here’s why!

The rise of social search

It seems that people are now increasingly asking their social networks for recommendations and answers. These networks have added a totally new dynamic, to the way we find information online.

Think about it. Which would YOU trust more:

Facebook has invested heavily in Facebook graph search, which was launched in March 2013 and looks set to eat into even more of the Google search user base. Other social networks, including Twitter and Linkedin, have search facilities too, which they are now developing constantly.

Simple: Google is trying to make as much money as it can. There’s nothing surprising here. It’s a business after all.

Google has a near monopoly on search and is now leveraging that power, to get you to pay them if you want to be found.

This post from 2010 was largely scoffed at, when I suggested people should rely less on Google and use a wider, human focused approach to their online marketing.

Some listened to me. They started building their social networks, created communities around their businesses and stopped writing keyword optimised content for Google – choosing to write for humans instead. As a result, people now talk about their products and services and share their content all over social networks.

That’s an approach I recommend you at least add, to your overall marketing strategy.

In short: Stop relying on Google (or any one tactic) for the majority of your business. Instead, build a community (or tribe). Spread your reach and spread your risk.

You don’t have to ignore SEO, especially if you optimise for search terms, which few competitors buy Google ads for.

Just make sure your online marketing consists of more than keeping Google happy. Too many eggs in one basket is seldom a wise, long term strategy.